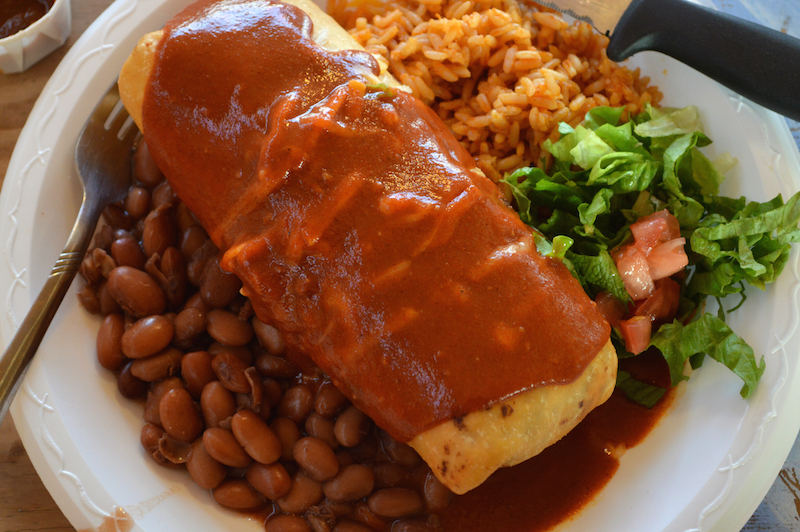 Casa Taco Chimichangas – cubed beef, potatoes, cheese and green chile, wrapped in a flour tortilla and deep-fried, then served with sour cream and beans and rice plus your choice of chile (red, green, or both). (Shown above: no sour cream.)

We first bit into a Chimichanga in Phoenix in the early 1980s. According to Wikipedia, “though the chimichanga is now found as part of the Tex-Mex repertoire, its roots within the U.S. seem to be in Pima County, Arizona.” 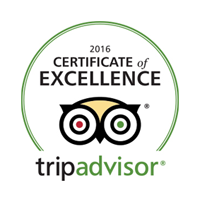